In the early 60s, Elvis was going strong and the Beatles were about to hit the charts. Peter Traynor was in his early twenties at the time and was both an electronics repairman and a fledgling bass player in the burgeoning Toronto music scene. He, like many young musicians of the day would spend much of his spare time hanging around a local music store in town. In Pete’s case, he eventually started working at the original Long & McQuade Store as a part-time amplifier repairman.

Times were changing, and Pete had a rare ability to see the musical trends of the day, understand what was available for the musicians around him, see existing limitations and create innovative solutions. His technical knowledge, as well as his experience as an active player gave him a rare insight to the musician’s needs of the time.

Peter’s ability to create solutions and deliver features that appealed to musicians everywhere made him not only a unique character, but a true innovator. Pete passed away in May 2016, yet the brand that carries his name some 50+ years after his first creation remains a testament to his legacy and his vision. 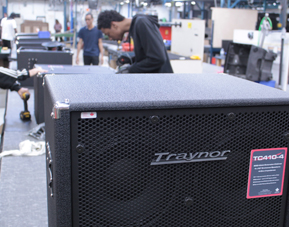 Made in Canada. Rocking All Over The World.

In the early 60s, Elvis was going strong and the Beatles were about to hit the charts. In the back room of a Toronto music store, a young Peter Traynor was about to make tube amp history. 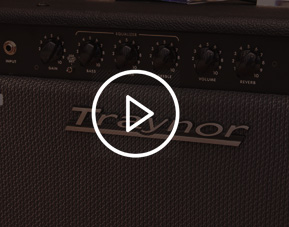 See Traynor Amps in action on our Youtube Channel